Top Posts
Mobile phone no longer charges – this could...
Connecting the PS4 controller to a mobile phone:...
Gmail: Server settings for IMAP, SMTP and POP3...
Create Memoji: How it works
Calculating the beeline online – this is how...
What is the Earth’s core made of? Simply...
Google Maps: Activate Dark Mode – this is...
Who owns Aldi? All info
Holidays with children without stress: Here’s how
Sims 4: Find CC Downloads and Add to...
Leisure & Hobby

What is a tooth made of? Simply explained 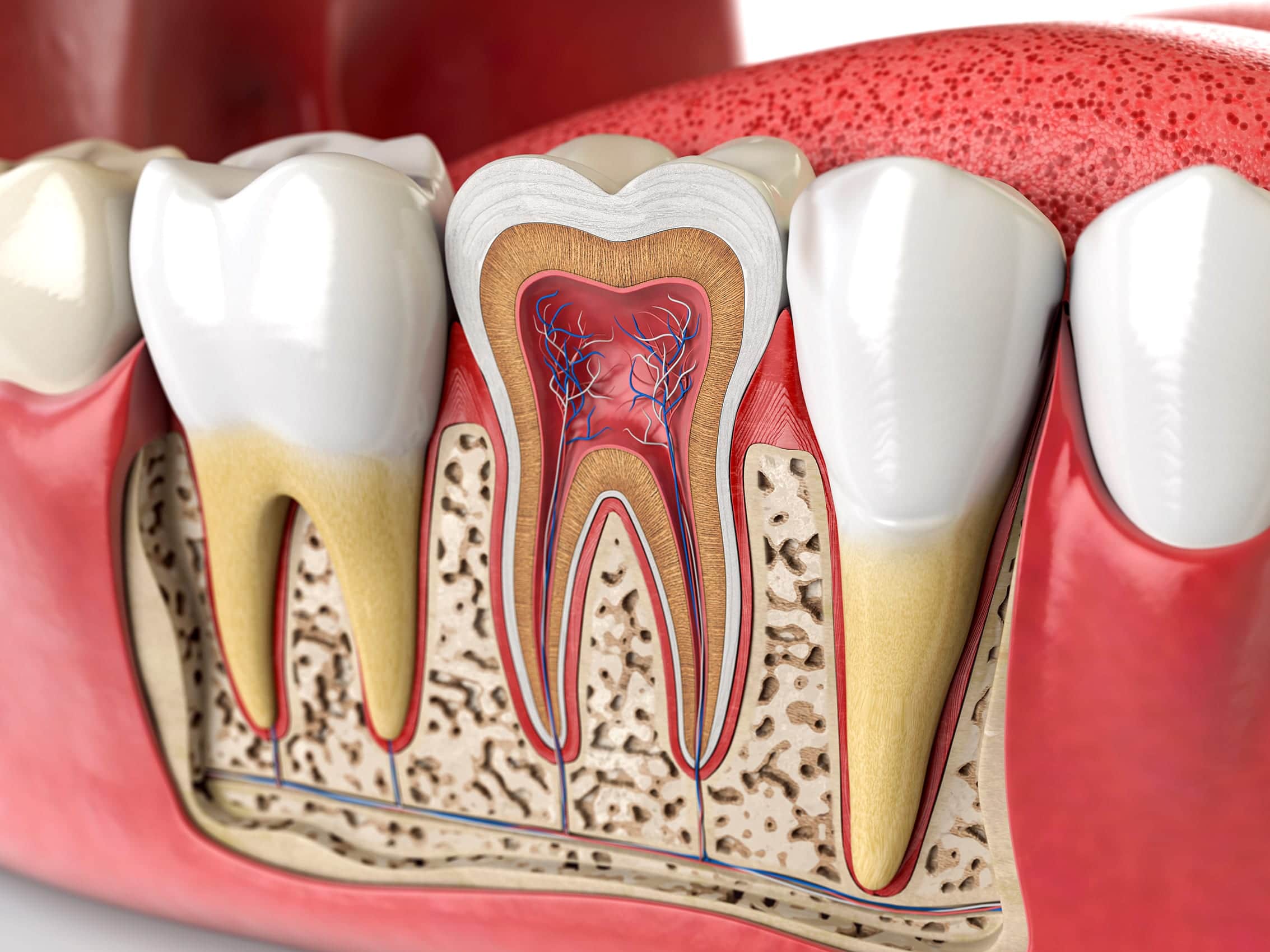 To learn what a tooth is made of, you first need to take a closer look at the structure of our chewing tool. The outer layer of our teeth is the hardest substance in the whole body. However, it is not a bone because it cannot divide.

What a tooth is made of: The crown of the tooth

The visible part of the teeth is called the dental crown. Underneath the enamel is the dentin, and underneath that is the pulp. This is where nerves and blood vessels are located and thus the connection to the rest of the body.

What lies beneath the gums

From the outside, all we see at first are the gums that surround our teeth. But the periodontium also consists of different layers, each of which has its own function.

What is the Earth’s core made of? Simply...

Who owns Aldi? All info

Can dogs have hiccups? What you need to...

Why does the stomach growl? Simply explained

Can cats see colours? That’s what’s behind it

Weight of the Earth: This is how heavy...

What is a kaleidoscope? How it works, simply...

Busuu: Cancel your subscription – here’s how

Taking a sauna the right way: The...