Top Posts
Sims 4 Magicians: Cheats for the Realm of...
Sims 4: All money cheats at a glance
Amazon Fire TV does not work – what...
Connecting Samsung TV with your mobile phone –...
Photographing snowflakes: How to take great photos
Reduce PDF: This is how it works
Mobile data does not work – this may...
How to take a biometric passport photo yourself
Windows 10: Burn DVD/CD – this is how...
Android: How to scan a QR code
Android 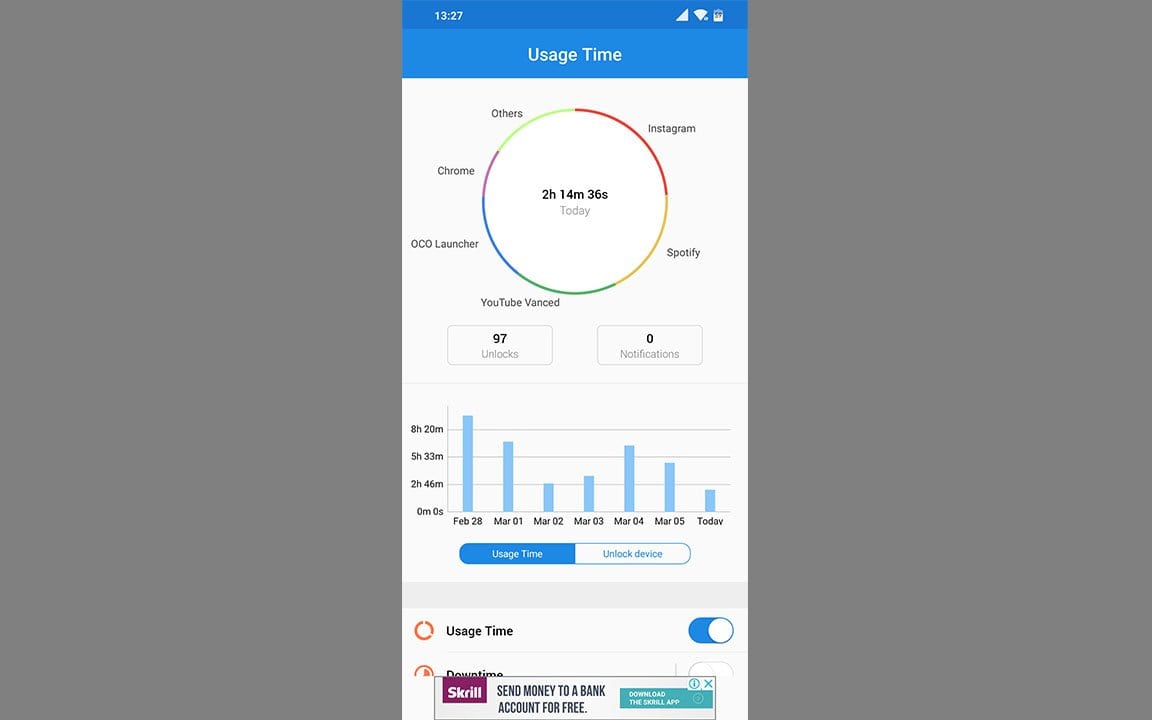 Screen Time for Android lets you control your usage time on your smartphone. From Android 9 onwards, this feature is integrated into the system. If you have an older smartphone, you can use third-party apps instead. How to use the function correctly and which app is recommended for checking the usage time.

With Android 9 Pie, Google has introduced a feature where you can control your usage time on your smartphone. Apple had already previously integrated such a feature into iOS with the so-called screen time.

If you have an older Android smartphone, you can also upgrade the feature with third-party apps

Fighting mould with hydrogen peroxide – this is how it works

Kia Challenge on TikTok: Here’s what’s behind the dangerous trend

Delete chat on WhatsApp: This is what the...

Taxfix: This is how serious the app for...

Google Pixel vs. iPhone – differences of the...

Is the Google Pixel 7 waterproof? You need...

How to reinstall the Samsung App Store?

Snapchat: Inserting music into videos – this...